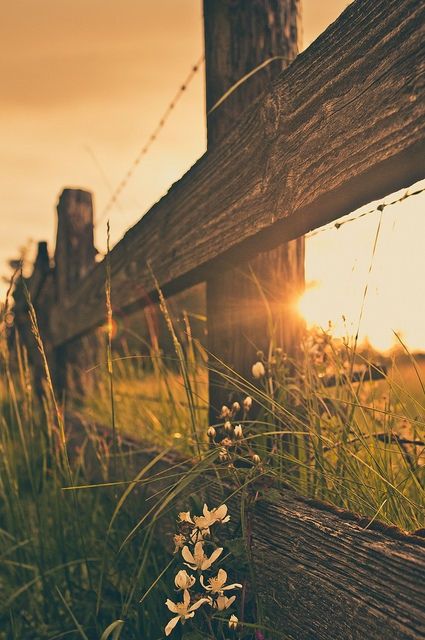 ” feeling of calmness in the picture ” 🙂

Summer’s the time to cool off by the sea again.

How about hitting a Pink, Purple, Green Or Red beach this time !

Have you ever collected sand back home after a beach vacation ? If not, don’t forget to collect some grains in a jar this time when you hit the beach . Keep a few empty jars beside it because someday you might just get to fill the rest of them with red pink orange white purple sand!

No its not fancy colour-craft – Its natural sand.

Here is a look. 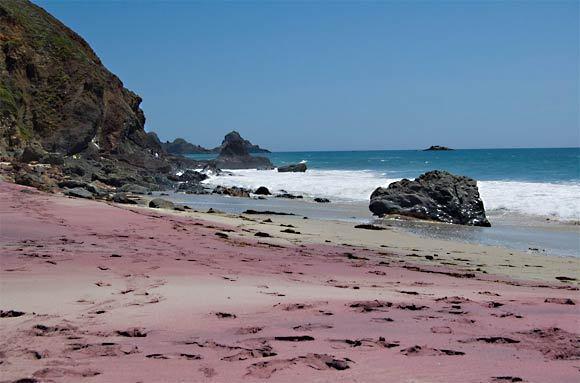 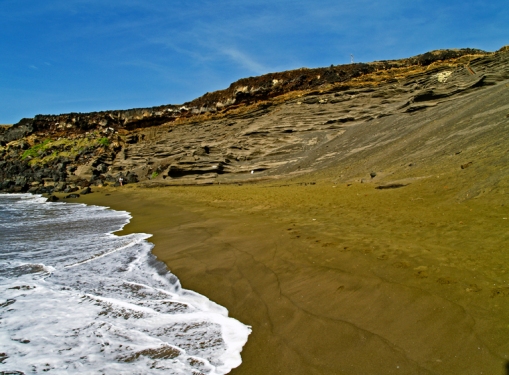 Some beaches such as the coloured ones, are covered with such minuscule rock particles that have been washed down from from coloured rocks of mountains from hundreds of miles away, and that’s what lends a unique colour to these sandy beaches.

This HAS to make you smile.  🙂

We are living on a beautiful planet, maybe the most beautiful 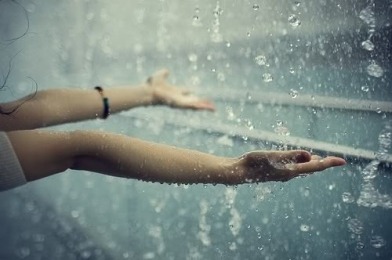 Here is an inspirational story I read somewhere : 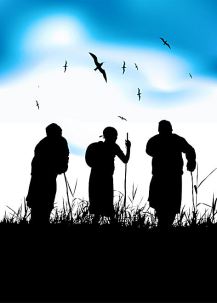 Long time ago in China there was a time when people used to have gardens outside there houses. Almost all the families had one.
This story is about one such ordinary family having a modest house with a garden in front.
The family was going through a tough phase as the husband was not doing well in his career, the family was financially quite badly off and this was causing discord in their home.
One evening the wife was strolling in her garden waiting for the husband to come home from work.
From the corner of her eye she saw three old men standing in the far corner of her garden.
She gradually started walking towards them.
As she came closer she noticed that they were noble looking elderly men with long white beards.
She did not recognize them, but being a kind woman, she said “I don’t think I know you, but you must be hungry. Please come in and have a cup of tea and something to eat.”
“Is the man of the house home?” they asked.
“No”, the wife said, “my husband is out.”
“Then we cannot come in now”, they replied.
In the meantime her husband returned home from work after another gruelling day.
He was obviously not in a good mood since, as usual; he had a bad day at work.
The wife immediately told him that they had guests standing outside and suggested they invite them.
Initially the husband was reluctant but then he finally agreed after being persuaded by his wife’s insistence, so he said, “Okay, go and tell them that I am home and invite them in.”
The woman went out and invited the men in.
“We do not go into a house together,” they replied.
“Why is that?” asked the puzzled wife.
One of the old men explained: “His name is Wealth,” he said pointing to one of his friends, and then pointing to the other one he said, “He is Success, and I am Love. Only one of us will come into your home. It is for you to decide which one of us three you want to invite into your home.”
Seeing the confusion on her face, they told the wife, “We suggest you go in and discuss with your husband which one of us you want in your home.”
The wife went in and told her husband about what the three old men had said.
The husband was overjoyed. “How nice,” he said, “Let us invite Success. He will make me successful in my career, I will no longer be a loser, a failure, and all our troubles will go away.”
But his wife disagreed, and said, “My dear, why don’t we invite Wealth? Let him come in and fill our home with plenty of wealth – it will make us rich and prosperous and you won’t even have to work and we all can enjoy throughout our lives.”
Their daughter was listening from the other corner of the house. The daughter wanted peace and harmony in the house so she said: “Let us invite Love. Our home will then be filled with love – that’s what we need most now!”
At first they did not agree with their daughter’s suggestion but the daughter was very stubborn and would not change her mind so the two parents finally gave in and agreed to invite Love.
“Okay, we will do as our daughter says,” the husband said to his wife, “you go out and invite Love to be our guest.”
The woman went out and told the three old men, “We wish to invite Love into our home.”
Love stepped forward and the wife started leading him towards her house.
As she conducted Love into her home she noticed that the other two Success and Wealth also followed and entered the house.
Surprised, the lady asked Wealth and Success: “I only invited Love. Why are you two coming in?”
The old men replied together: “If you had invited Wealth or Success, the other two of us would have stayed out, but since you invited Love, wherever he goes, we go with him. When Love comes into your lives, into your home, into your family, Success and Wealth automatically follow.” 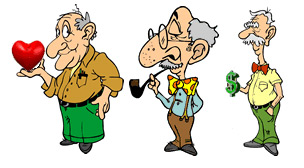 Do you agree, Dear Reader. Is this relevant today?
Wherever there is Love, there can be also Wealth and Success,
and suppose even if those two, Wealth and Success are not there, it is Love that matters the most …

The difference between ordinary and extraordinary is that little extra.

“Winter is on my head, but eternal spring is in my heart.”

I’ve always wanted to do this blog thing, and have finally started to figure it out, and have now become slightly obsessed with it!

My dream is to one day own my own business, a business of some sort whether it be a bakery, venue, boutique the options are endless.There is an entrepreneur in me somewhere:)

Never an animal lover, but have fallen in love with my @i‘s dog Lucy. I believe that the little things mean the most. Slightly obsessed with reality TV. I’m way too emotional. I’m obsessed with fitness.

Seriously have the best family in the world. Favorite color is purple. My day doesn’t start off right if my bed isn’t made.

I care too much about what people think. Shopping hands down is my favorite thing to do. I hate to gamble/smoke.

I get grouchy when I’m hungry. I have a major sweet tooth.

If I could eat anything every day, I’d choose cake. I’m deathly afraid of mice. I hate being cold.

I love to plan anything, which also means I love lists, you’ll find them all over my house.

As my Dad always told me, you can do anything you set your mind to..I’m just a simple girl with BIG dreams:) 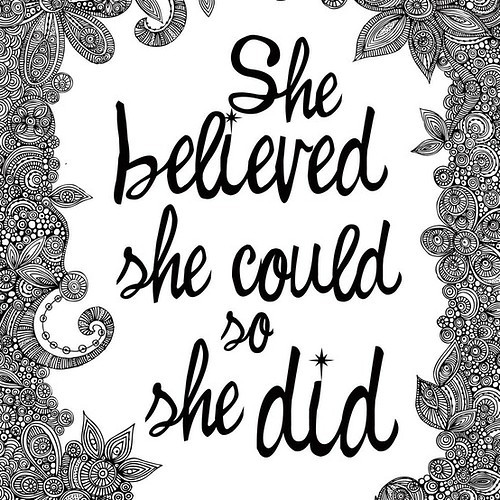 Thanks for stopping by! I love meeting new people, so please follow me if your heart so desires. I hope that this blog can in some way be inspiring, motivating, or just fun to read. 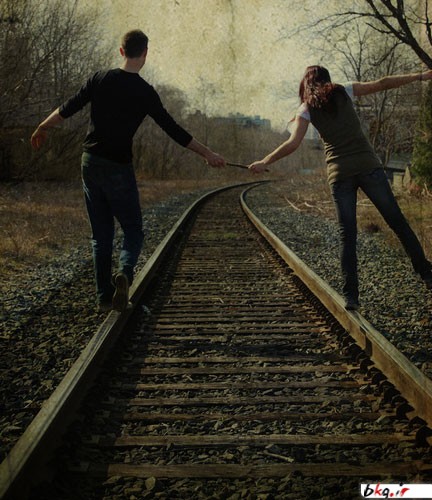 Every moment we spent together
Has touched our lives, our souls forever
The things that we shared and learned
Is permanent growth that we’ve earned.

The person that I have grown into today
Did not get there by chance, no way
I am who I am partly because of you
And you are YOU because of me, too.

The changes I see
and what I have learned about me
are a response to how we affected our lives
and what we discover in each others eyes.

We are connected on such a deep levels
That no one can remove that, not even the devil.
Our feelings might be different a year from now
But you are part of me forever somehow.

A part of me will always be you
and a part of you will always be me.
no matter what happens ,that much is certain
our souls are one until life closes the curtain.

I will love you forever
For worse or for better.

You are tattooed in my heart
And nothing can tear our souls apart.

I will never forget you
For my love is honest and true.